GEORGE TOWN: The Penang government is bringing down prices of affordable homes between RM15,000 and RM35,000, while easing the pricing rules on foreigners wishing to own properties in the state, as it seeks to revive the real estate sector affected by the Covid-19 pandemic.

“We are targeting to sell 180,000 units by 2030 while ensuring there is enough supply of affordable homes in Penang,” said Penang’s housing exco Jagdeep Singh Deo.

The move would not affect low-cost and low-medium cost apartments which are now priced at RM42,000 and RM72,500 respectively.

But he said a 10% reduction for other affordable homes priced beyond RM72,500 will now apply.

Meanwhile, the state expects to help clear more than 3,000 unsold units worth about RM2.6 billion as it lowers the minimum sales price for foreign buyers.

Penang currently does not allow foreigners to buy apartments lower than RM1 million in the island and RM500,000 in Seberang Perai.

The revised prices however will allow foreigners to buy apartments priced at RM800,000 and RM400,000 in the island and mainland respectively.

Jagdeep said the reduction was “reasonable”, saying there must be a balance in trying to solve the property overhang while protecting the interests of local buyers. 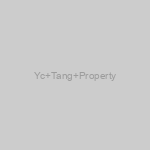